It looks like March is an exciting month for the crypto mining community. If you haven’t heard the news yet, a new top-tier mining Nvidia GPU was released this month, as well as a new miner fork to get the most out of the new graphics card.

No one expected that a GitHub user name Tpruvot was working on a new fork release for the seemingly abandoned ccMiner. A pre-release version is done and available for download https://github.com/tpruvot/ccminer/releases.

ccMiner 2.0 RC2 is a multi-algo miner that allows you to mine more than 53 different coins based on different algorithms. Among the most popular (and profitable) ones, we could list Monero and Decred (DCR) (Blake 14r).

ccMiner has its popularity peaks and downs; it looks like now we are approaching yet another popularity peak for the miner, and not without a reason.

The latest change log by Tpruvot included many optimizations, some of which are:

Full changelog, as well as the full list of compatible coins and algos can be found here: https://github.com/tpruvot/ccminer/

I believe this new ccMiner fork release is totally worth a shot, especially if you are going to mine one of the mentioned three coins (I will talk about profitability in a minute). Here’s the ccMiner 2.0 download link:
https://github.com/tpruvot/ccminer/releases

The Nvidia GTX 1080 Ti GPU is new and we still have to discover its true potential. It is known that the GPU can be overclocked – the TDP can be increased by up to 20%, pushing it from 250W to 300W.

However, experts look more into underclocking of the GPU. Some speculate that the best profitability increase can be achieved by decreasing power consumption, rather than trying to get a couple more H/s. This is understandable since many important mining GPUs (for instance, the RX 470 Nitro) give the best results when underclocked and undervolted, rather than the other way around.

As for now, the GTX 1080 Ti was tested using stock frequencies, and the results are quite impressive.

In my previous review, I stated that the GPU does not work properly with at least three algorithms the ccMiner supports. Those are: Jackpot, Quark and Wildkeccak

However, luckily enough the miner does work with Cryptonight and Blake 14r pretty well.

To give you some numbers, I have used the websites whattomine.com and cryptocompare.com to calculate the estimated profitability. Here are the results:

Note that Cryptonight does not work with the GTX 1080 Ti at full intensity. In order to make it work, we had to decrease the intensity from 10.75, but down to 10.25.

While ccMiner also supports the X11 algo family, it does not work well with the GTX 1080 Ti, at least for now. It outputs 20.91Mh/s, which combined with the 250W card power consumption is roughly enough to pay for the electricity costs and generate 38 dollars per year income. DASH is probably better mined with the Baikal ASIC family.

What About Other Miners?

I thought it would be a good idea to compare the profitability of the ccMiner 2.0 RC2 with the one of Claymore and EWBF CUDA.

Here are the top numbers I could get from those two miners:

Amazon.com
Wait For A Price Drop 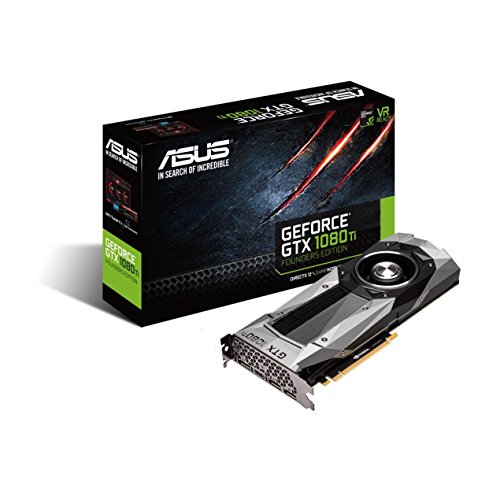 The ccMiner 2.0 RC opened new possibilities to mine Monero and Decred, as well as other crypto coins. I believe that this versatile, multi-purpose miner is definitely worth a try. If you find it useful, you can always support their devs by purchasing them a beer or two.

I think the ccMiner 2.0 RC2 and Nvidia GTX 1080 Ti is a combo with potential; the GPU is expected to get better drivers soon, as well as mining experts are looking for safe and stable ways to underclock the card and thus increase its profit. Tpruvot might add some updates to the actual version as well. After all, the version of the ccMiner fork we have now is a pre-release. We’ll see.

What is your opinion on the new miner and card?