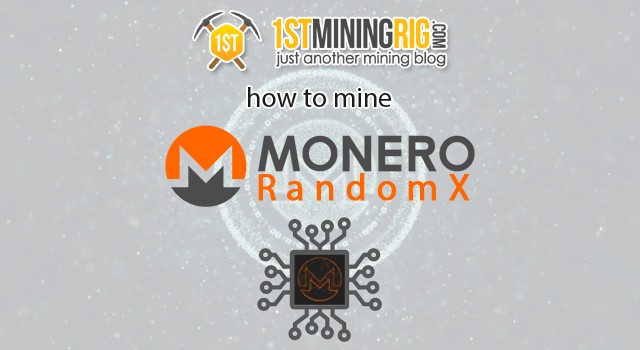 Monero just forked as planned and switched from the previous Cryptonight V8 algorithm to the new RandomX.

RandomX is pretty unique in a way so far, it’s best mined with CPUs and not GPUs. The change is pretty huge; CPUs now offer between 100-1000% better value for the money compared to GPUs.

What the Fork? Or why is Monero Forking Every 6 Months: A Recap

Initially, cryptocurrency mining started as a way to allow people like you and I help the blockchain remain decentralized. If the hashrate comes from a million small CPU and GPU miners, each belonging to a different person, there is no single weak link or node that could be attacked to compromise the network. That’s the definition of decentralization.

The introduction of ASICs affected decentralization in a few ways:

To prevent all of that from happening to their coin, the Monero team decided to slightly change and improve their mining algorithm every six months. ASICs are fast but they are not flexible. They are hardwired to mine a certain algorithm. Any slight change in the algorithm renders all existing ASICs unable to mine it, whereas CPU and GPU miners only have to update their software.

Monero first forked in April 2018 and have been doing that regularly every 6 months since then. 6 Months is roughly what it takes for a company like Bitmain to design and release an ASIC on a certain algorithm.

Everything a Miner Should Know about RandomX

As the name suggests, RandomX is features random code execution, as well as memory-hard techniques. This makes the algorithm very CPU-friendly. So far, there are a few other coins based on RandomX, the most popular being LOKI, ArQmA and Wownero.

The three most popular miners used for this new algorithm are XMRig, SRBMiner-MULTI and XMR-STAK-RX.

to be updated soon..

How to Mine Monero RandomX with CPU 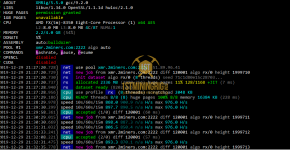 Note: If you’re running XMRig on a rig with an Intel processors you should disable “Hardware prefetcher” and “Adjacent cacheline prefetch” in BIOS to improve performance.

Also if you notice low hashrate you could try to add your username to “Lock pages in memory”. Go to gpedit.msc -> Windows Settings -> Security Settings -> Local Policies -> User Rights Assignment and look for “Lock pages in memory“, double click to open it, click “Add user or group” and type in your PC username, apply settings and reboot the machine. You can also try to increase virtual memory as we do on gpu mining rigs.

How to mine Monero RandomX with GPU

This new fork puts Monero in a pretty interesting spot. On one hand, it made all GPU miners switch to other coins though on the other hand, it might attract more different people. That’s definitely good for decentralization of the coin and since its global hashrate dropped because of that, a lot of people might find it interesting to try mining it.