The estimated performance of the miner is 100 GPS at 800 W, which equals to the performance of 50 Nvidia GTX 2080 Ti cards, while requiring the power of roughly 6 said GPUs.

Is GRIN a Good Coin to Mine?

You have to have pretty good reasons to invest three grands into a miner for a single coin. GRIN is a relatively new project that is an implementation of the mimblewimble blockchain. It is a non-commercial, community-funded open-source project that is being developed by community members – “by the people, for the people”. Its main purpose is to solve Bitcoin scalability and privacy issues.

Earlier, I have advertised GRIN as an interesting coin to GPU mine. While pretty interesting for GPU miners for now, GRIN GPU mining will be completely replaced by ASIC mining by 2021 (how to mine GRIN).

So far, GRIN has been receiving a lot of attention from individuals and corporations alike. For instance, Sapphire is planning on launching a new RX 570 with 16GB VRAM just to mine GRIN. Impressive! The other giant that has shown interest in GRIN is Innosilicon – a Chinese company that has been manufacturing ASICs for years, known for releasing very efficient miners.

On their website, Obelisk compares the performance of their upcoming ASIC to that of an Nvidia 2080 Ti card. According to their calculations, the Obelisk GRN1 is expected to be about 15x times more power-efficient and have about 150x times better cost-efficiency than the latest Nvidia GPU.

While impressive, it is very probable that in reality, the GRN1 will be competing with Innosilicon ASICs rather than to Nvidia GPUs. Few days ago, Innosilicon announced that they will be launching their first GRIN ASIC early summer this year (read more here).

Note: Same thing happened with the first Obelisk ASIC – the SC1. On their website, Obelisk was marketing the SC1 as an ASIC that is more powerful than 100 GPUs. In reality, the SC1 wasn’t competing with GPUs. Instead, it had to compete with Innosilicon’s SIAMaster, which ended up being superior in every single aspect.

While the only thing we know about the upcoming Innosilicon ASIC is the estimated launch date (no power usage, dice size or hashrate is known, yet), there’s one thing we know for sure – The guys at Innosilicon are very proficient at creating efficient ASICs. Therefore, we could expect that their new miner for GRIN will be pretty damn good too.

Does Obelisk stand a chance? 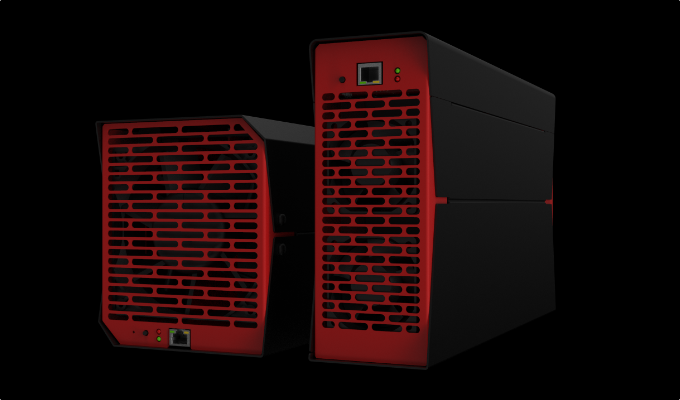 I don’t know. What we do know is that Innosilicon is already one step ahead of Obelisk. As mentioned earlier, Innosilicon expects to launch their units early summer, while Obelisk GRN1 units are expected to be shipped mid-fall (if everything goes well).

While we do not really know the exact shipment dates of either ASIC model, it’s very possible that people will receive their Innosilicon units first. Same thing happened with Siacoin – Innosilicon’s SiaMaster units were released about 3 months before the first Obelisk SC1 units and they were way more efficient and powerful. Will the same scenario happen again with GRIN?

The world of ASICs is like an ocean that is dominated by big big sharks. I can only respect Obelisk for being brave enough to sail this sea despite all the dangers and competency. I also admire people who vote for Obelisk with their money despite all odds. I mean, you gotta start somewhere and nobody said that Obelisk can not become as big as Bitmain one day. Hell, it’s not even carved In stone that Obelisk’s GRN1 will lose to Innosilicon’s GRIN ASICs.

That being said, I can’t negate the risks of investing into the ASIC that is being developed by Obelisk. The competency is pretty hardcore, which means that the risks of losing your money is high. While so far Obelisk has been a legit and hard working company that delivers as promised, their ASICs haven’t been efficient enough to compete with Innosilicon’s. And let’s be honest – the only reason why the SC1 is profitable is because of the SIA Coin hardfork.

Should you go and buy the voucher for the GRN1? The answer is probably ‘no’ if you are interested in profit alone. Remember: unlike SIA, GRIN will not hard fork just to destroy Innosilicon’ and Bitmain’s ASICs.

Now, if you want to support the new company and you are okay with making a high-risk investment (which means you are aware that you might not get any profit from your GRN1 unit), then sure. Knowing Obelisk, I can almost bet that you will get your unit in time, as advertised on their website.

And honestly, if I had the spare money, I personally would probably support them by pre-ordering one GRN1 unit from them. I grew to like Obelisk for their transparency, good politics and bravery, and I really hope they will win this race against all odds.